Parade - The Simonga-Maliko at 20er Turm

Soundsource: The "20er Turm" was built to protect the city of Linz against the troops of Napoleon in the 18th century. No heavy fights happend around this tower, the French army was too powerfull. The Simonga-Mailko from Zimbabwe walked around the tower and played their unique music with their Tonga horns (nyele), beautiful vocals and drums.

Image: The drummer of Simonga-Maliko gets some horsepower to make it up the hill to the Pöstlingberg. 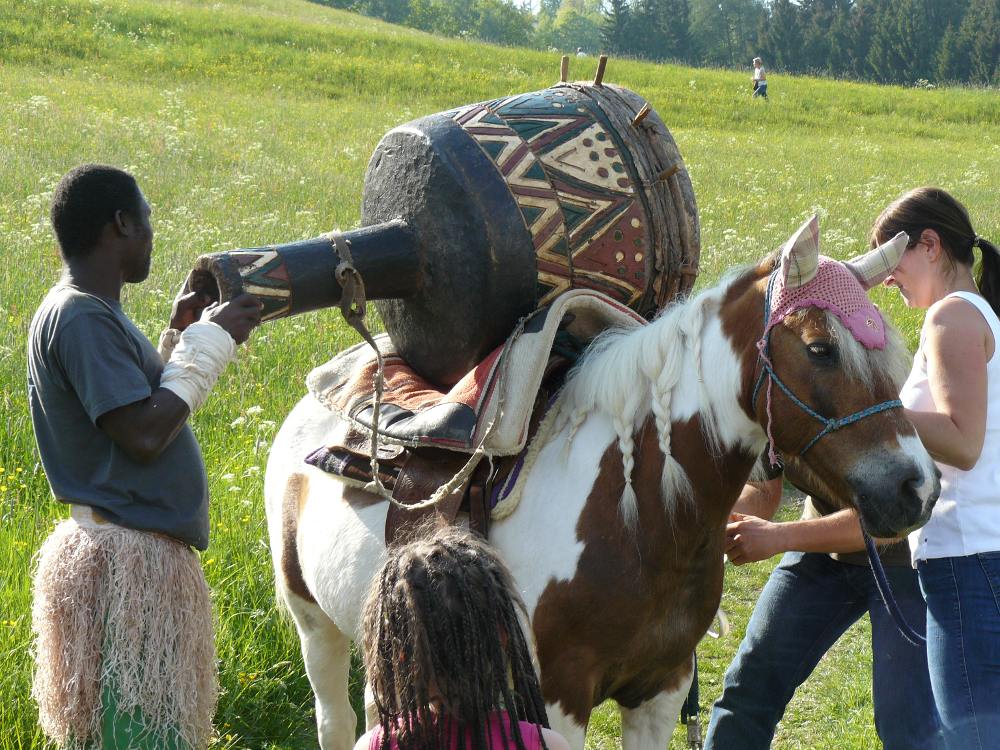