Cities and Memory: Oblique Strategies sees more than 60 artists all over the world reinterpret and reimagine fieldrecordings, using Eno and Schmidt’s Oblique Strategies cards as creative inspiration for their reworking of the original source sound.

Each artist selected a source field recording to reimagine, and was then allocated two Oblique Strategy cards, which they used to guide, inform and inspire their reimagined version of the recording.

Thus, the project builds a whole world of new sounds, created and divined by chance and oblique inspiration.

My two cards:
1. Always the first steps 2. It is quite possible (after all)

Listen to my interpretation:

listen to ‘Finding the poetic at a football match’ on audioBoom

ad card 1: I love the acoustics in a stadium, the singing, the fast change from frustration to euphoria, but also the sound of old amplification systems in mid-size-stadiums. so I started with the stadium speaker, the audience singing, kids crying and clapping to support a jingle.

ad card 2: depending on the high level of adrenalin during the game, the aggressiveness paired with the unanimity in choral singing parts we talk after the game about the game on a high poetic level. but we never hear the high poetic level within the play. so I filtered away the obvious of the recording to get into the tonal base score of the whole recording. and best, it is quite possible to find the poetic within the ambience of a stadium recording (after all).

My two cards: 1. Use cliches 2. Go slowly all the way round the outside

Listen to my interpretation:

listen to ‘Free hugs outside Brixton Station’ on audioBoom

ad card 1: An old big railway station always brings hudge spaces with overloads of reverb in my mind. On the recording there is nearly no space so feeded my cliche and opened up a hudge space at Brixton Station.

ad card 2: Communication on a railway station is in most cases very private. "Come back soon", "I miss you already", "Say Laura I love her", ..... And what can I hear on the recording: "free hugs"! So I kept "free hugs" and went around the private to create a space for those who did not get a hug when the left.

For more information:
Explore the whole Oblique Strategies Project
Listen to all projects 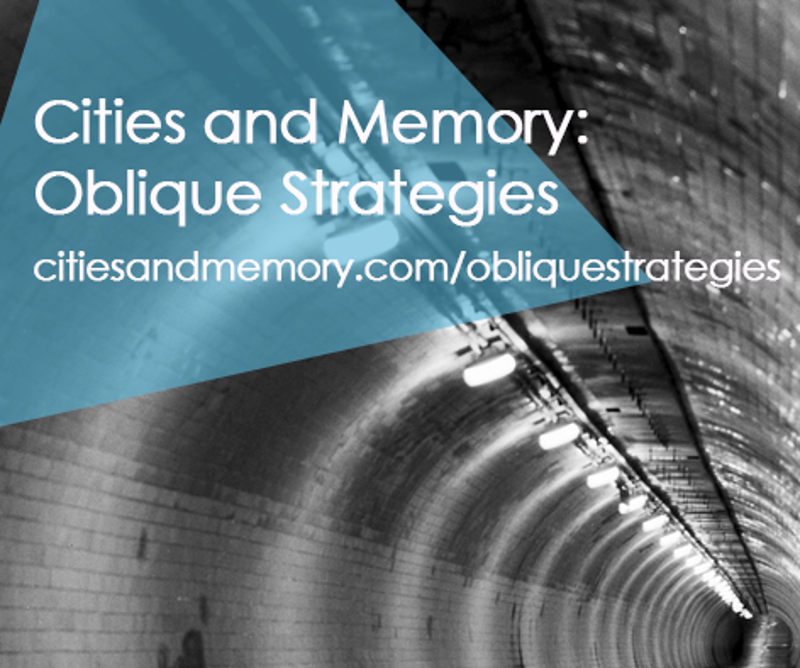 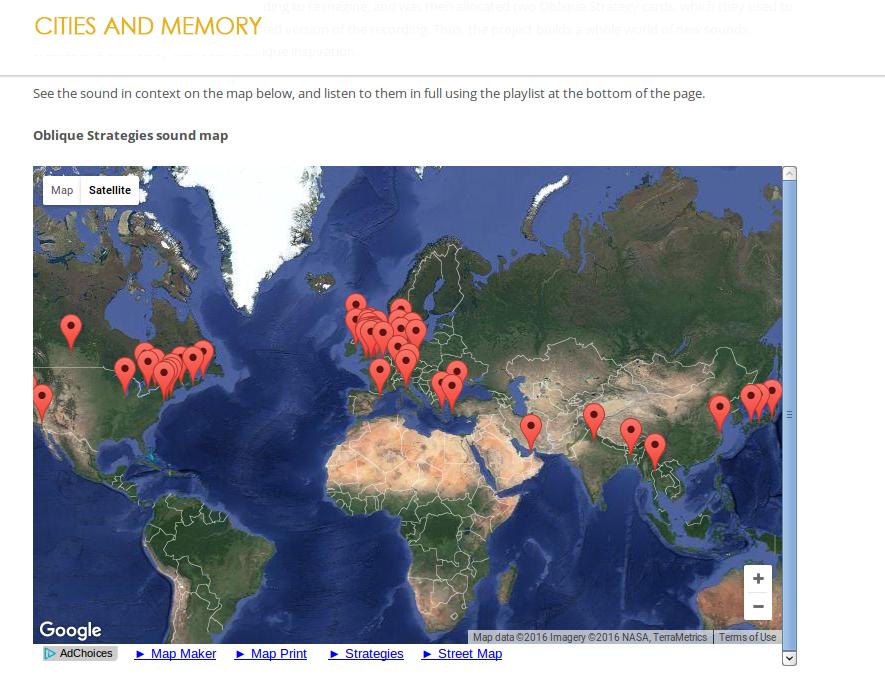