You have to know that Asten is a small city south og Linz, Austria with all main raffic-routes within the city. The main highway from Vienna going west, Austria's main railway-route, airplanes fly over Asten when they land at Linz Airport and shipping at river Danube. But in beetween thias you can find such a great sounding forrest and swamp.

Recorded with an AKG 414 Mk II on DAT

You can buy a cd with booklet of "Asten" here!

Image: Asten: Recording an Intercity on the way to Vienna. 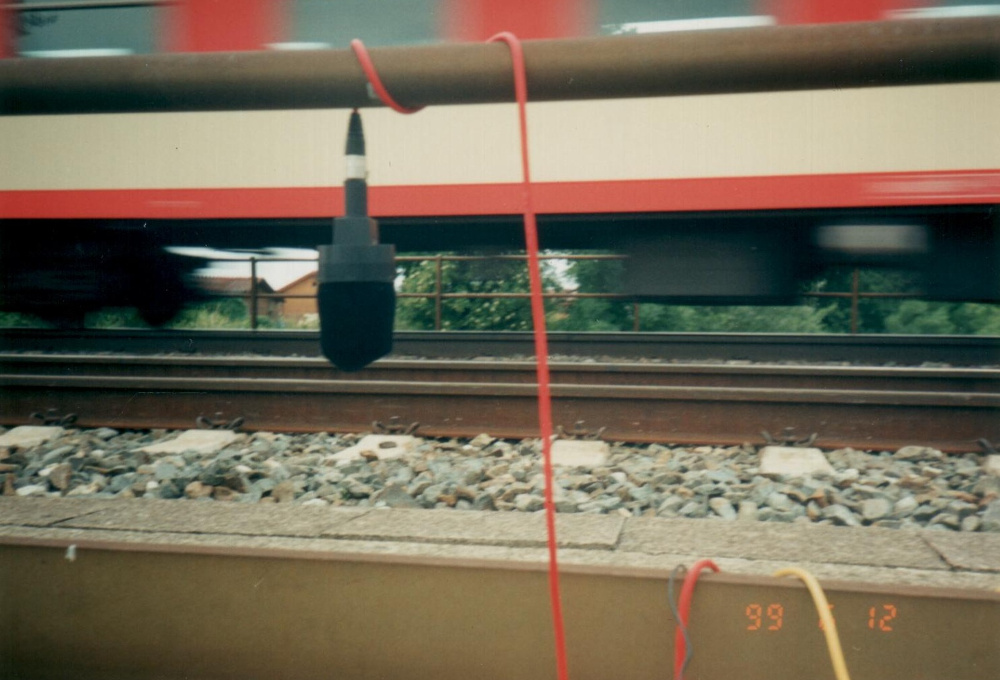