Soundsource: Recorded June 1999 at Mike Honeycutt's appartment (Patterson St., Memphis) through an open window. All day long trains pass by. The recording was done early in the morning when the city was still asleep.

Recorded on Mini-Disk with one of Mike's microphones.

Image: Mike Honeycutt & me in Bisti Badlands doing a battery-driven recording session for his radioshow "Mystery Hearsay" on WEVL in Memphis 1999. 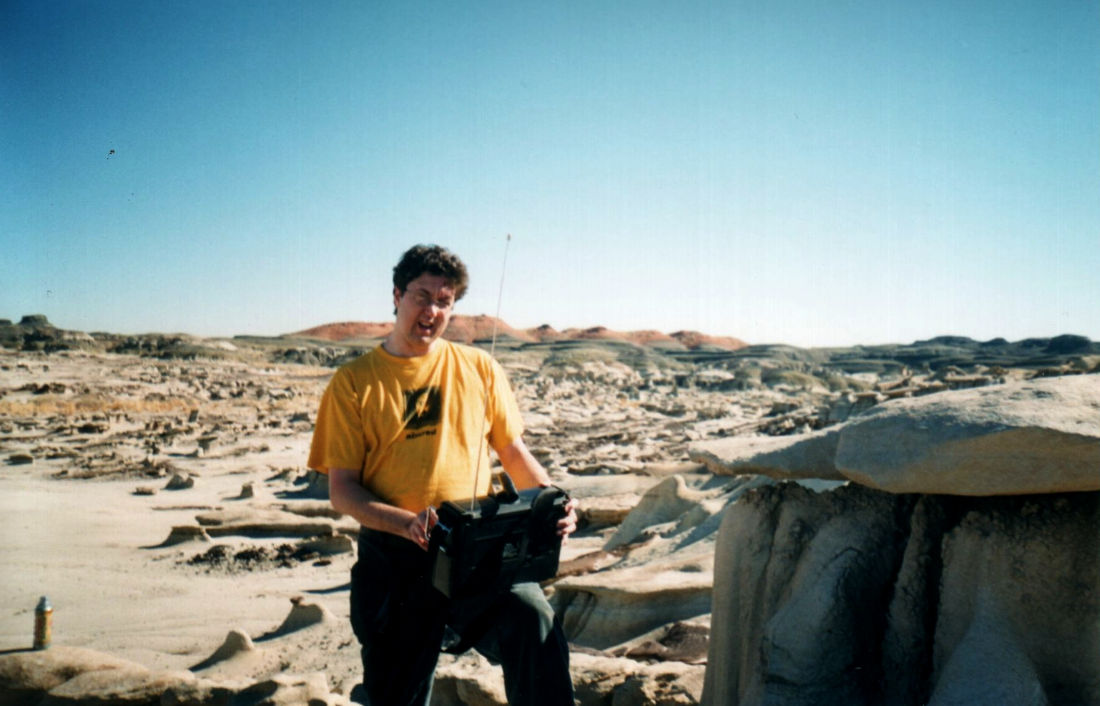