Soundsource: Parade is a project curated by Keith Goddard and Peter Kuthan for Linz09.

Location: This recording was done in the courtyard of the Petrinum monastery in Linz, Austria.

The bands marched into the courtyard and did a "concert" while marching rounds or taking a position in the space. The music of the bands blend into each other. A constant waving. Beautiful!

Image: Parade - 3rd Day At Petrinum: Masterdrummer of Nepal before drumming and marching. 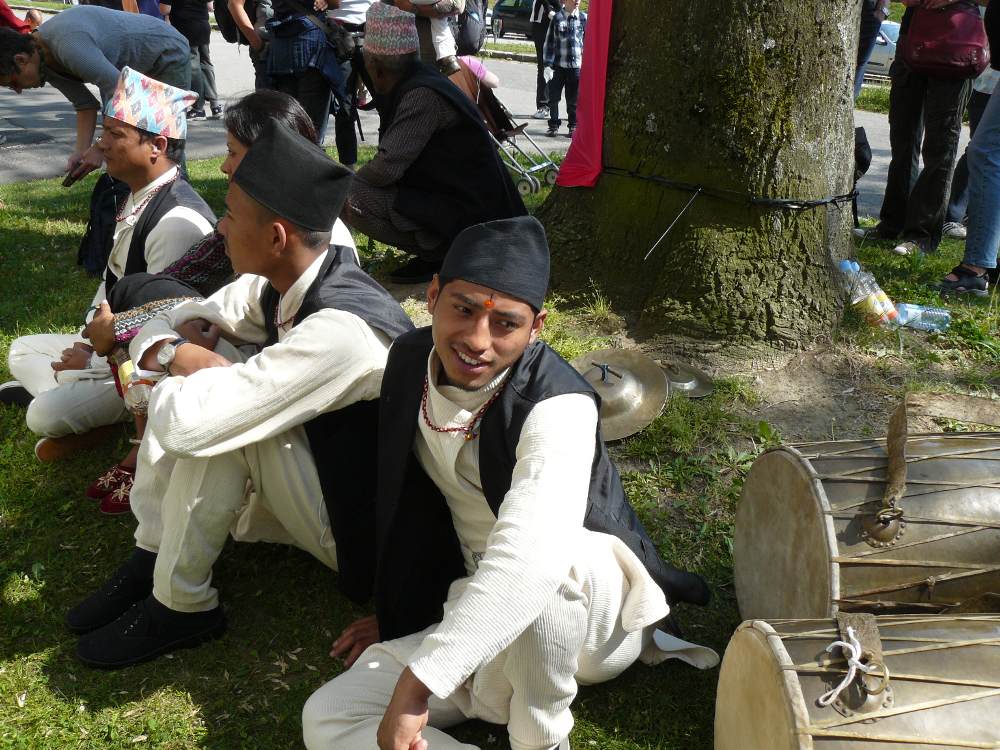