Soundsource: Prayer Wheel near Swoyambhu Stupa in Amideva Buddha park in Kathmandu, Nepal. In the beginning the prayer wheel sounds like a motor-bike. With the carhorns in the background it seams like a urban soundtrack of machines, but then the prayers wheel out of a cooking oil can brings in its very special note of sound. Magic!

The recording is part of the Sacred Spaces Collection by Cities and Memory.

Image: Love Park: A religious object to "pray" for everlasting sexual potential at the Swoyambhu Stupa in Kathmandu, Nepal. 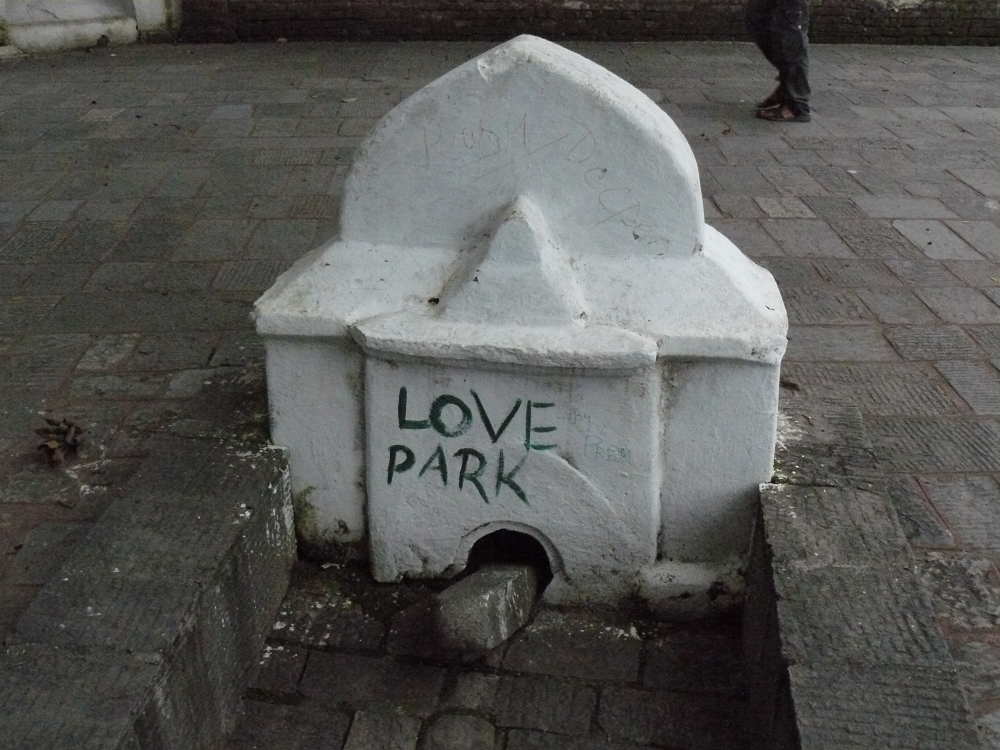