The French and later the English parks were symbols for the cultural identity of the nobility. The elaborate design of the gardens was part of the self-perception of absolutist rulers who expressed power and wealth through the display of tamed nature. Communal parks didn’t originate until the middle of the 19th century, from a health-political back-ground, and as facilities for moral education. Since the Re­naissance, the park is not only a place for recreation and relaxation, but also a stage for social life and change. In times of crisis, parks transformed themselves into homeless shelters, like Tompkins Square Park in New York City at the end of the 20th century.

In the course of the Sound Development City 2013 project I visited numerous parks in Lisboa, Madrid, Barcelona and Marseille to examine them acoustically. While the baroque parks were set in the open fields, the parks of the middle classes were constructed instead of city walls. The parks of today on the other hand are located in the middle of the cities.

My working question for my project “park recordings” was: What is the sound of parks in 2013? I always placed an omnidirectional microphone (AKG 414) that records sound equally from all sides, including from above and below, in the middle of the park. The time of day was randomly chosen, the recording level was always set identically and I paid attention that there weren’t any extraordinary activities like lawnmowing or construction work going on. The recordings are published as four-minute clips and will be exhibited as an installation. 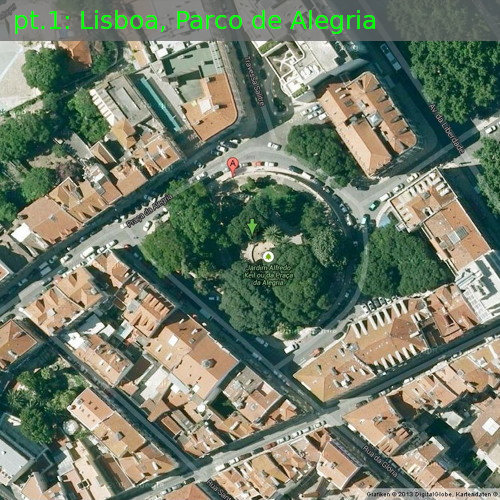 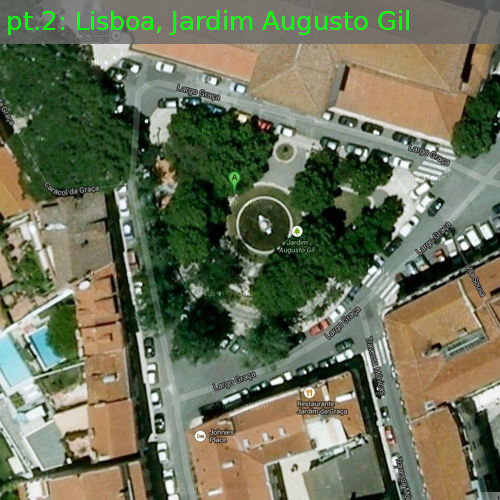 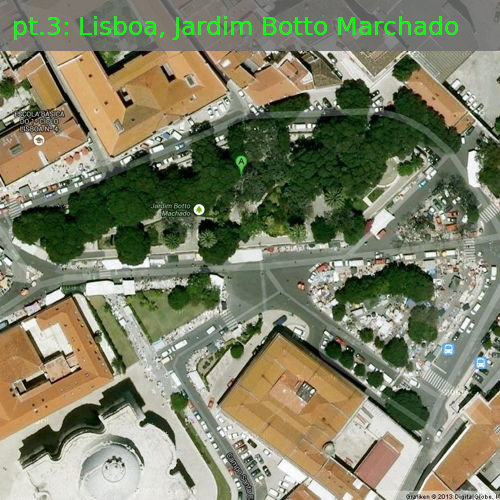 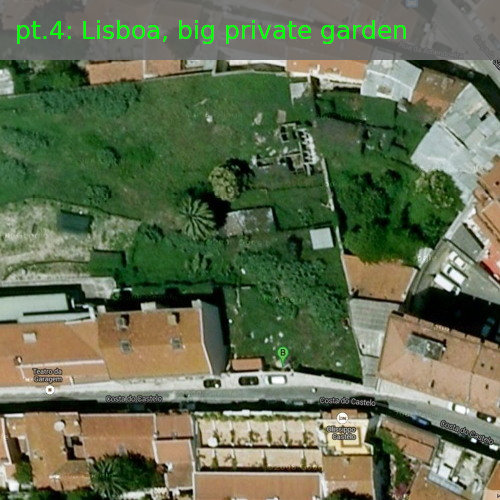 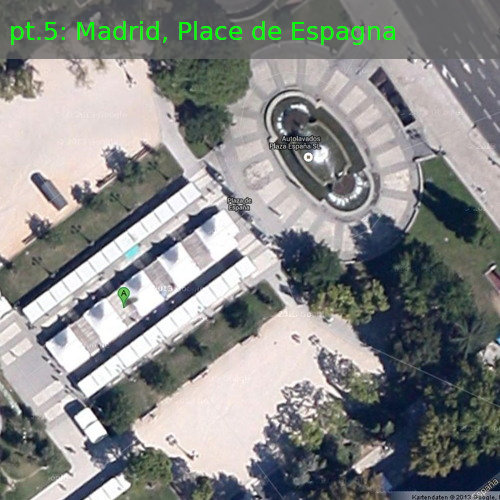 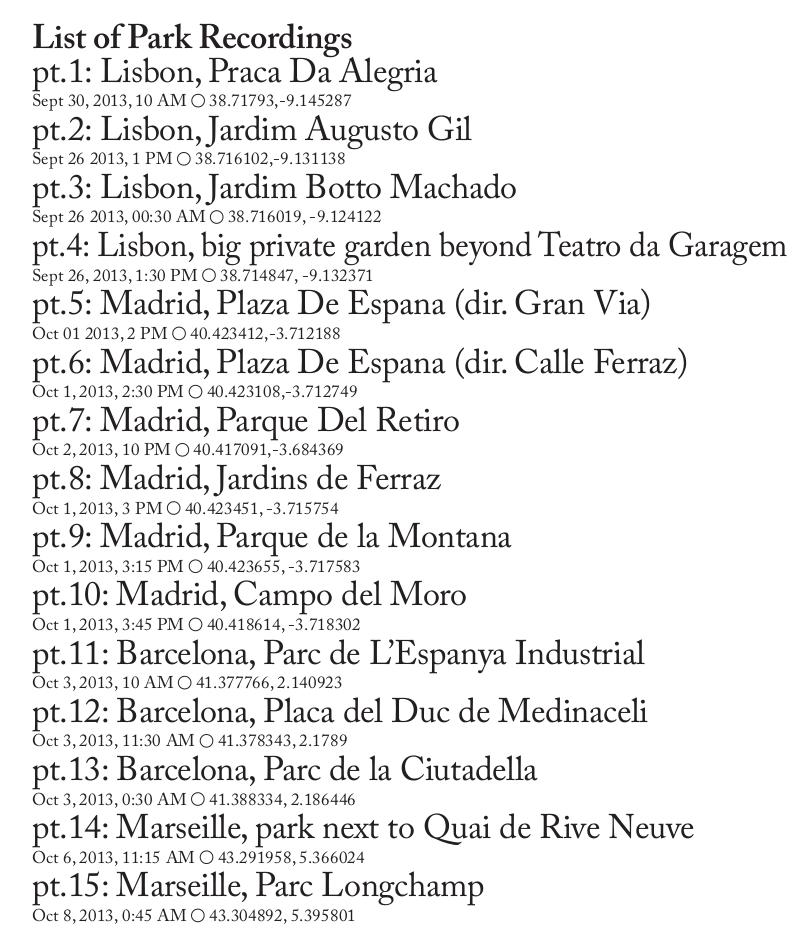