I work with field-recordings since 30 years when I bought my first Sony Professional Walkman. Over the years I created many compositions with field-recordings which led into a controversy: Do I still work with fieldrecordings or is it just a kind of strange form of sound synthesis? I have to explain that sometimes I used very short segments to loop them to create layers of tuned sonorities. I lost the aleatoric of the recording-situation completly and so I had to find new ways of composition and presentation.

May 2012: First tries with Arduino, PD and other software. No results. Restart with Usine as host. Programmer Thomas Gangl programmed the plugin "text2field-recordings" end of 2012/early 2013. First test performances April 2013. Premiere at plattform: #11[no budget] Tübingen, Germany (May 31st).

The audience for example - depends on the context - gets pieces of paper with information and pecils to donate f.e. poetry, political statements, slogans or just abstract variations of letters. The textcreator can also decide what soundcontainer (7-8 containers with topics like water, technology, rural, machines/nature, ... are availabe) should be used. text2field-recordings is a musical performance using a wide dynamic from harsh and powerfull to very intimate and silent soundscapes.

In Lisboa and Marseille I asked the citizens of both cities to contribute text on how the perceive the sound of their city. After a field-recording workshop people from both cities and me recorded sounds within the city which was the soundmaterial for the performance. In Lisboa also the workshop-participants perfomed text to fieldrecordings live. Detailed information on the project "text2field-recordings" within Sound Development City 2013 can bei found here.

Live recording of the presentation in Lisboa at the beautiful backyard of Palácio Sinel de Cordes, the headquarter of the Trienal Arquitectura Lisboa.

Depends on the location and context. For Ars Electronica 2013 I opened up my personal archive and placed six terminals in the biggest dome in Linz Austria, the Mariendom. People could create constant layers of sound through text individually but also perform with other players in the space during the day.

2014, March 29th: Contribution via net to “because I had sound&video tech in my backpack” by South-African artist Malose Malahlela in Johannesburg, South Africa. More info on the project. 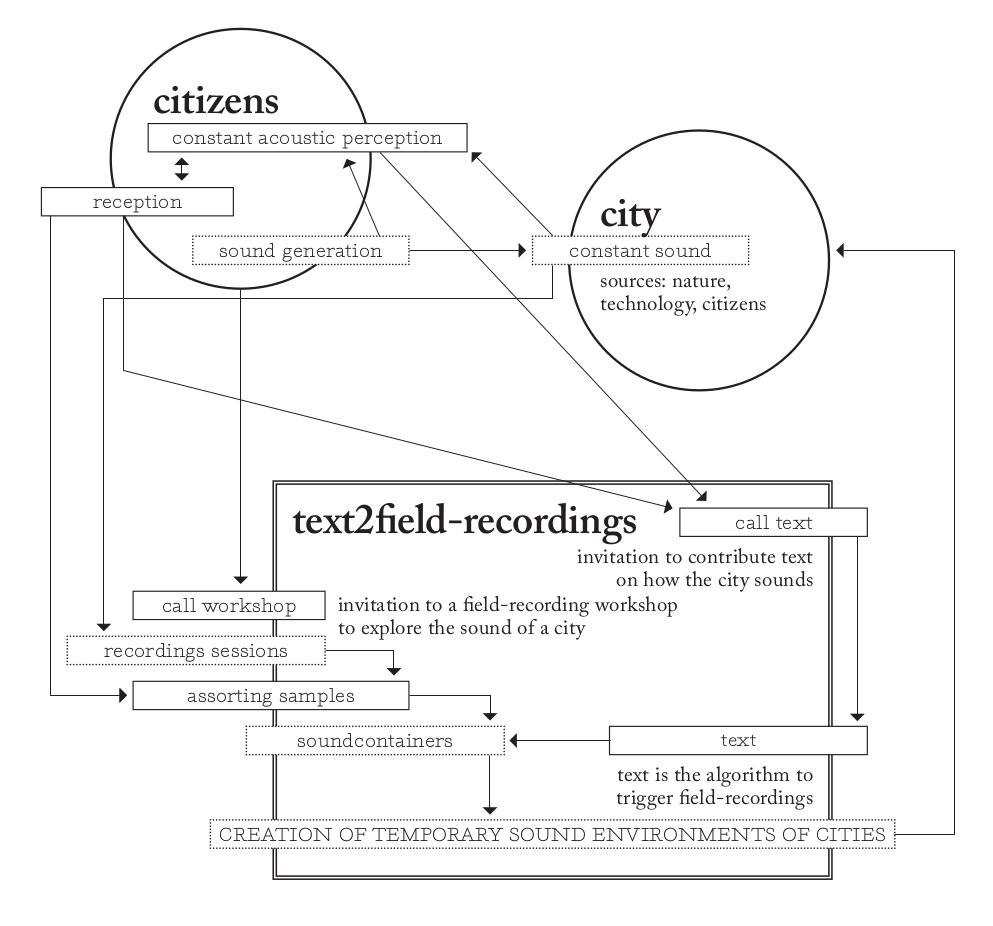 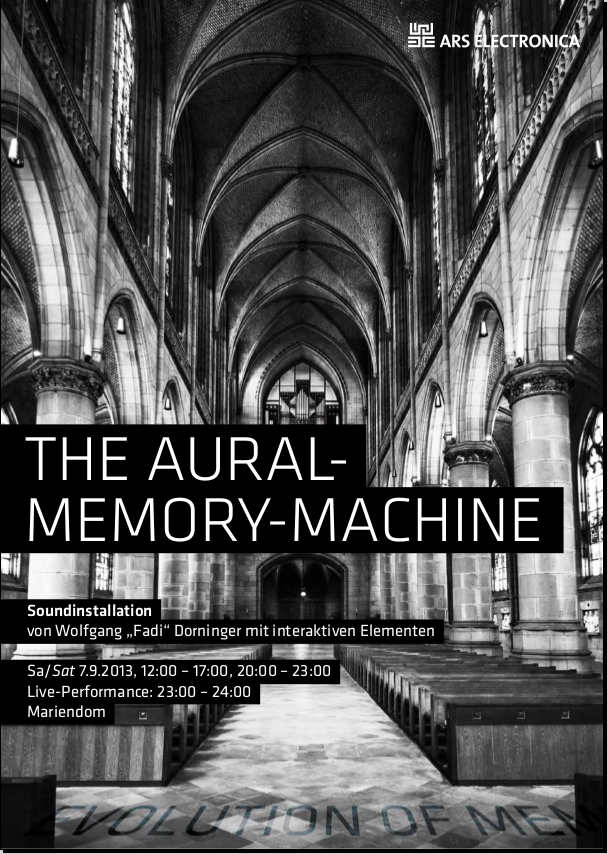 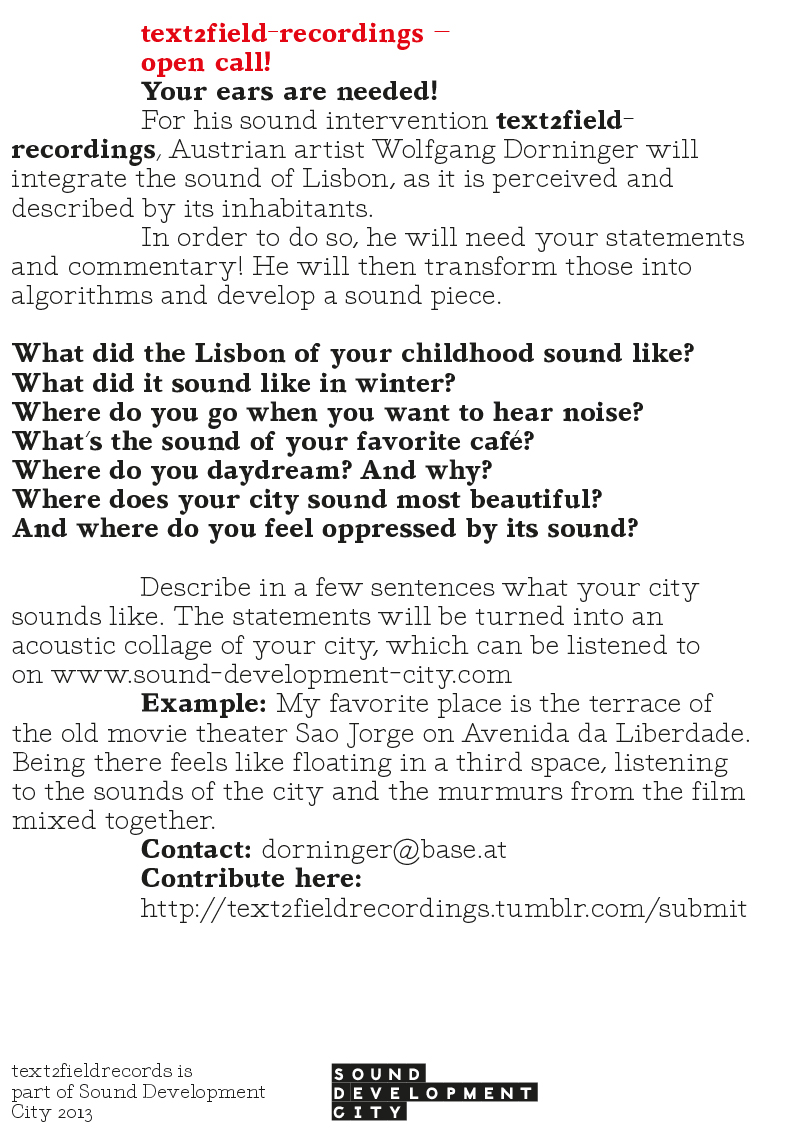 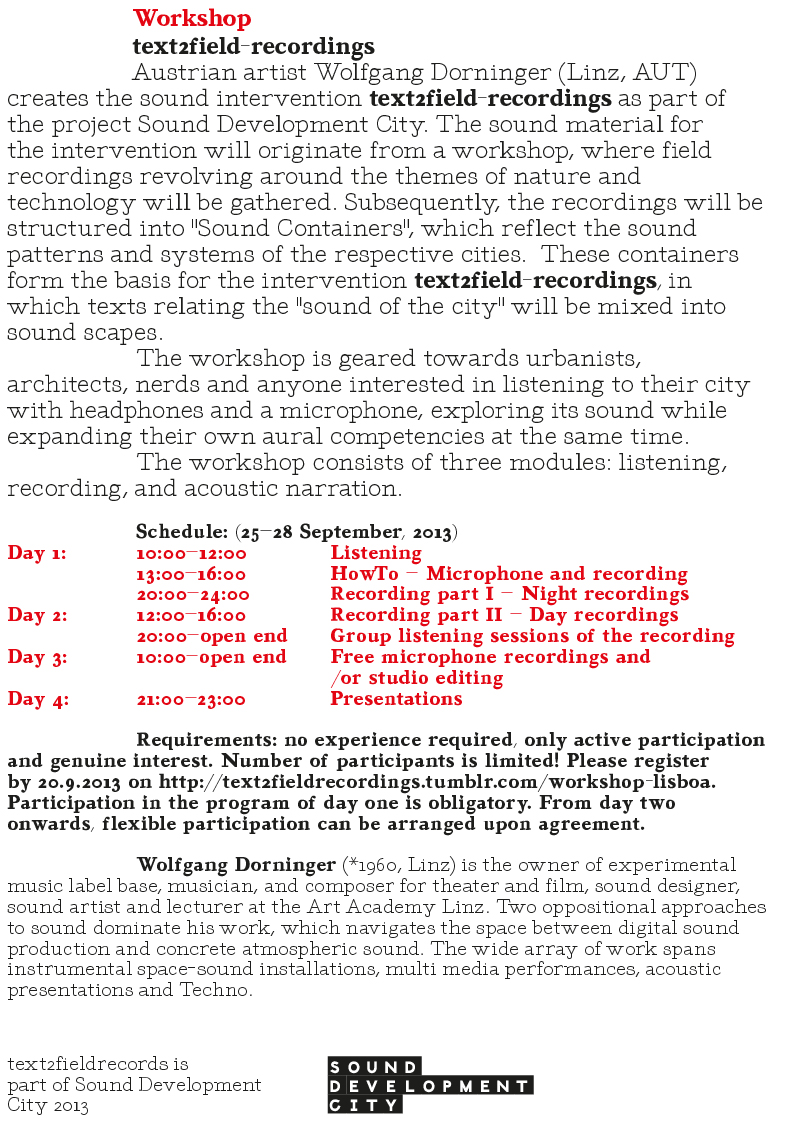 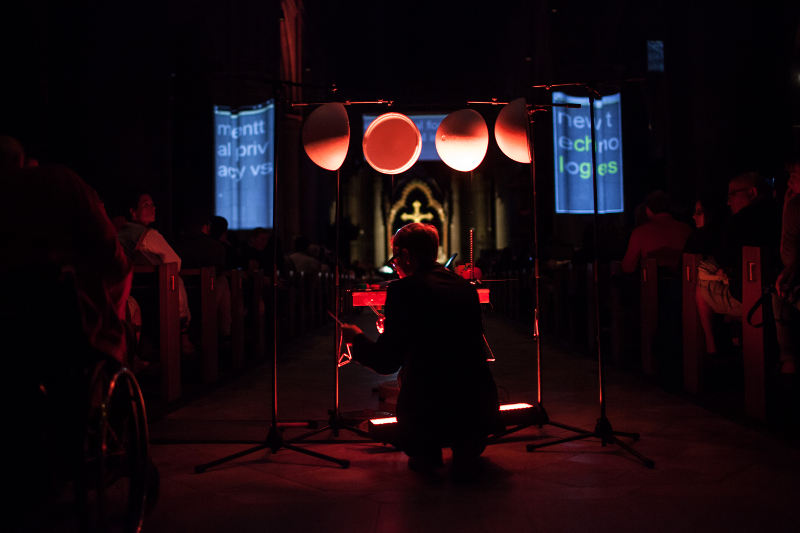 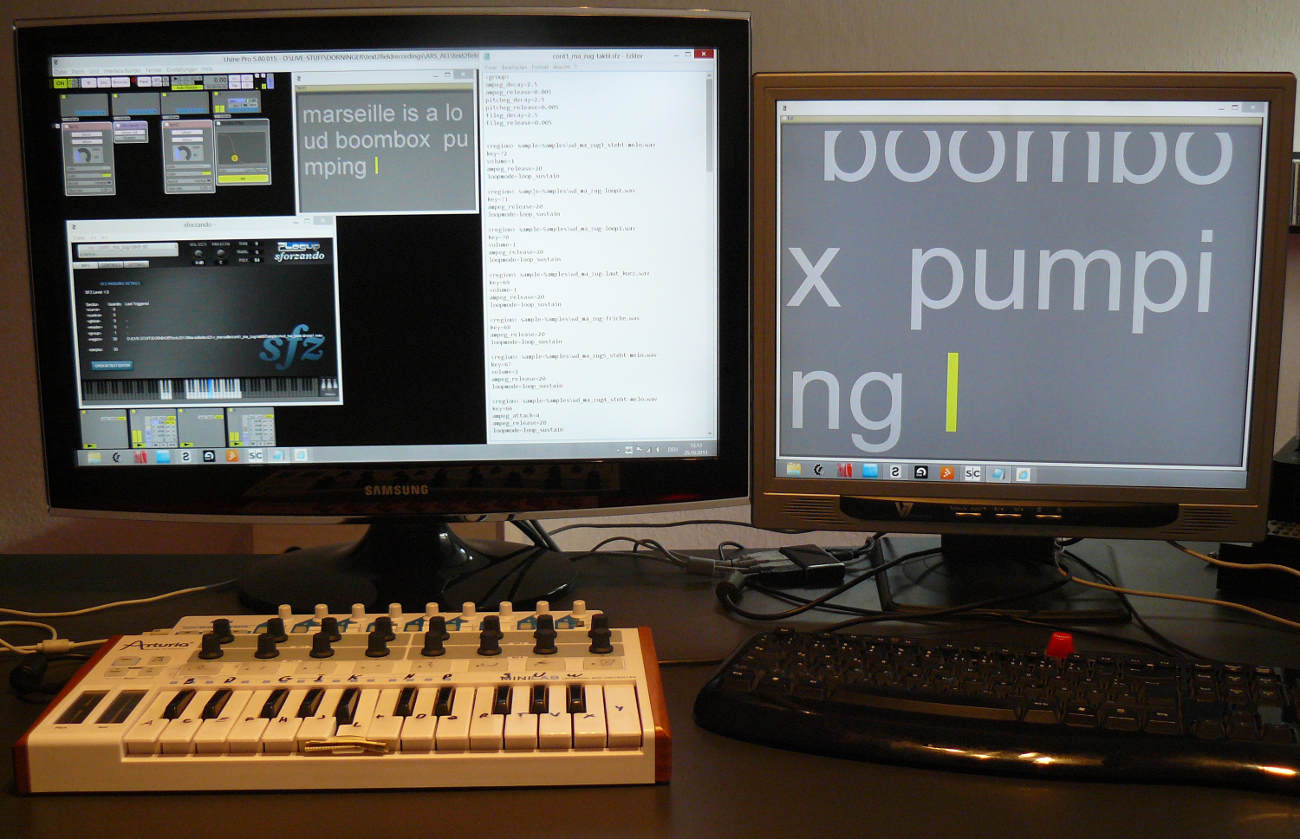