Sounds from the outermost edge of the organless body of the music and the view into the void.

Ji Won There is a sound. People’s emotions are compressed into that sound. Sound Poetry & Voice recordings.

In the visual-auditory blend of video works, no preference is granted to the picture. The image is not played out before the acoustic back- ground. The work’s tonal dimensions expand the visual information and, conversely, the graphic components endow the tonal traces with depth. The fragile pulsing of the living creature is perhaps the determinative figure in the acoustic impression made by the works. And these continually endangered life-movements lie protected in a bed of sound that is in turn extremely vulnerable.

Aka Tell is one of the people behind the temp~records label (http://www.temp-records.net/) and the Backlab artists collective (http://www.backlab.at/). His live set works with a highly reduced variation of house music studded with pieces of experimental electronic scenery. Within the framework of the program, he will also act as DJ accompanied by MC Wan.

The Bitles They come, they do, they leave without cleaning up. Expect the unexpected, nobody knows what’s going to happen. A mecha-electronic mélange.

Parov Stelar The freedom of jazz with the groove of house and nujazz is the stylistic listing of Parov Stelar and his personal label, Etage Noir Recordings. Fanciful experiments with sounds from bygone days that lodge a claim to functionality addressed to both club audiences and listeners chilling at home. http://www.etagenoir.com

Cherry Sunkist, former rock singer/guitarist and a part of the Linz artists collective a.s.a.p, will make her electronic debut tonight on the Stadtwerkstadt stage. For the performance entitled age delay (nuit) she playfully processes electro, vocals and video projections into a skin-osmosing, hydrating mixture that protects cellular nuclei from the effects of harm- ful environmental influences. http://www.asap-lab.org http://www.karinfisslthaler.co.nr

Washer this noise is a language

Washer worked together with Zimmer & the Guitar People on the recently released ambient album eat your friends but is also pursuing other directions as a solo act. Numerous coarsely modulated samples stack up to variation-rich beat-and-rhythm structures and blend together into a sort of absurd techno. http://www.keplar.de

… Another time, it starts with the confusion produced by the crackling of the protective wrapper of a pouch of tobacco. To ease the tension, a cool beer is opened. In search of a glass, a dusty old xylophone appears. Beneath it lies a golden harmonica—magnificent. The telephone rings yet again—one of the world’s last non-cell phones is making its last stand here. From the street below, the droning of motors. Enough already. Retreat. At this point, the processing of the individual impressions begins. The landscapes of the acoustic events are microscopically examined and reconnoitered. Playing with the fragments; color and form allow for variation; it’s fun …

Joko13 The live performances of netaudio artist Joko13 represent a well selected blend of crackles, sampled snippets, glitch, moving groove patterns and a de-constructive approach when it comes to translating artistic vision into musical performance. The specific sound aesthetic is based on the use of digital artifacts, whereas tight and repetitive beat structures supply the necessary framework. http://www.comatronic.net

DJ Elwood DJ Elwood is one of the founding fathers of the Linz DJ and free party scene, where, together with FLAVOUR FORCE, URAN-C and KPSS (KAPU PIRATEN SOUND SYSTEM), he celebrates unpredictable and unclassifiable sounds.

Beats & Bytes Pt. V was planned as an sustainable open air. We tried hard to get enough budget from officials "who care about sustainablitiy" but we did not make it.

Here is the concept! 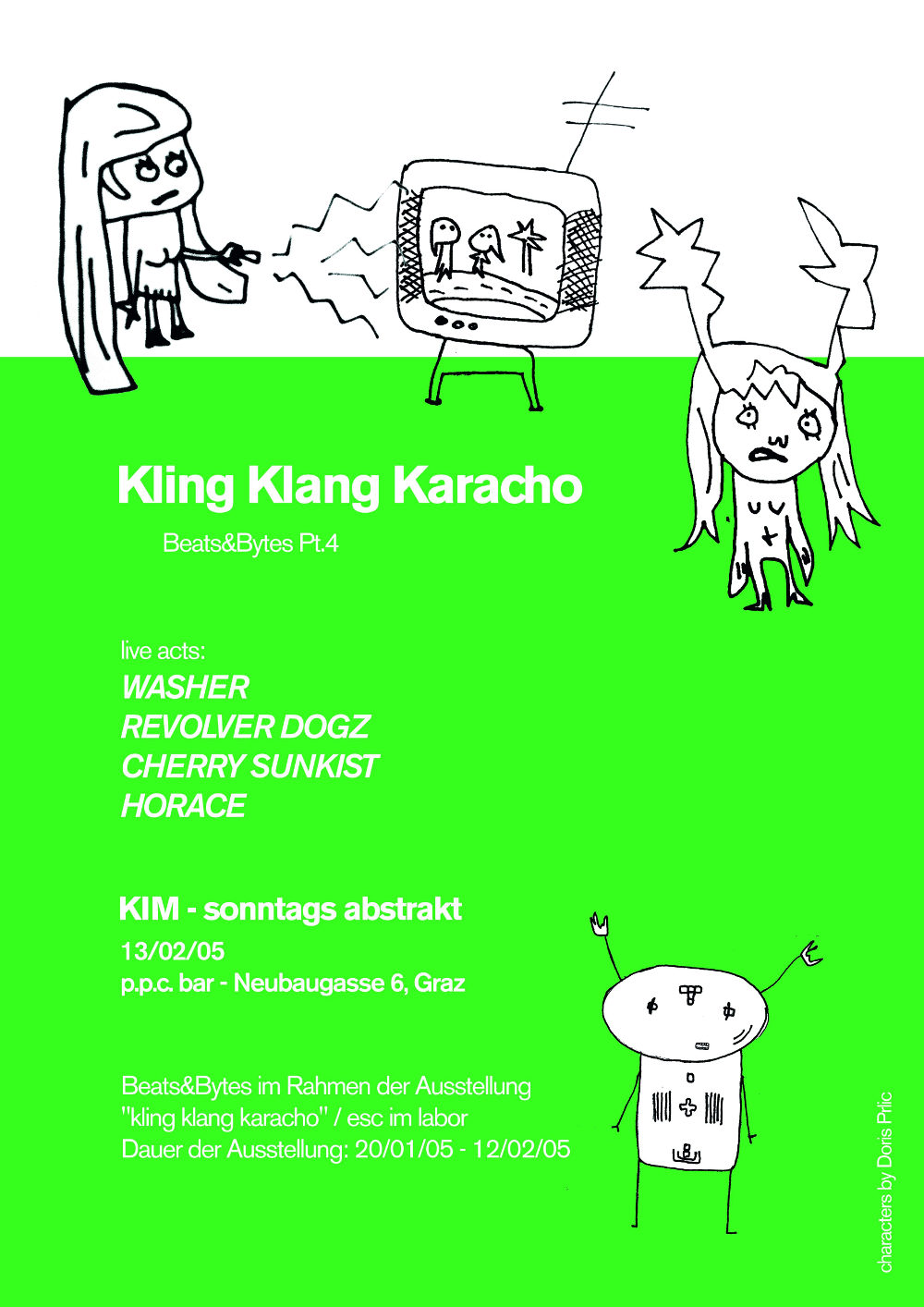 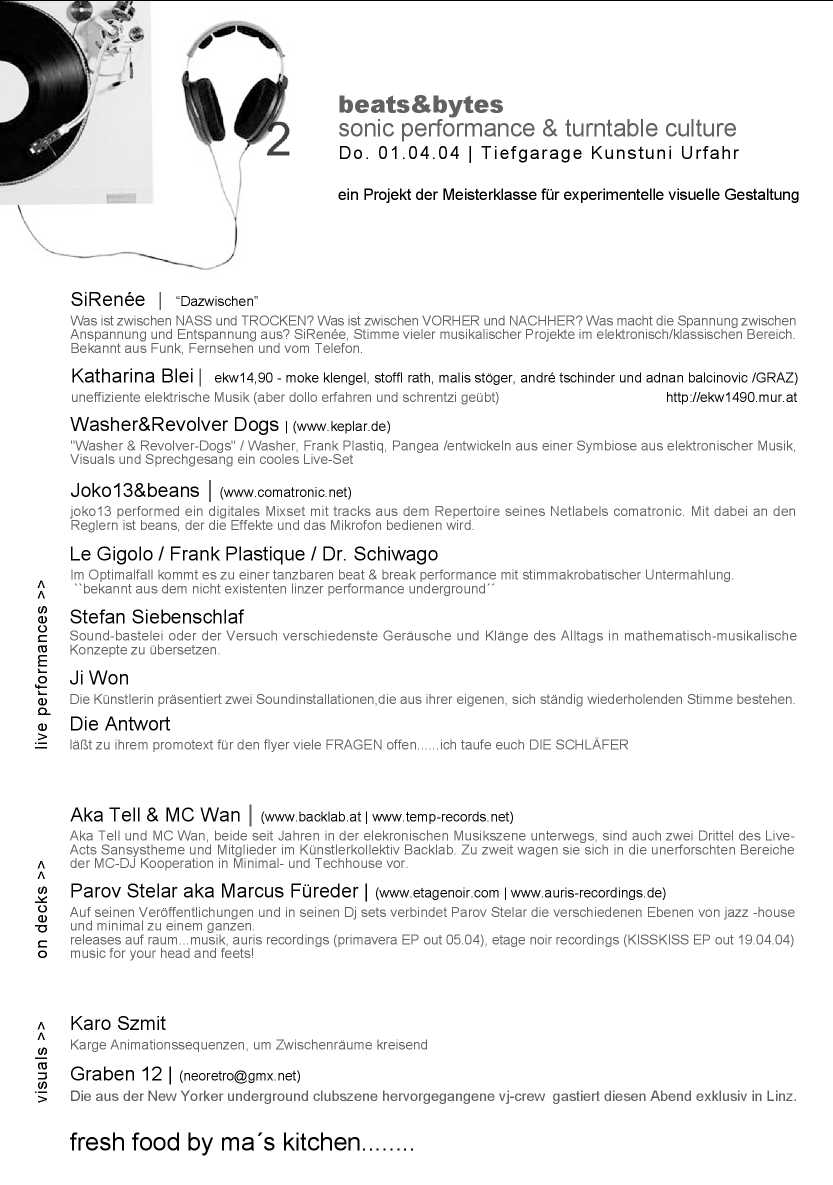 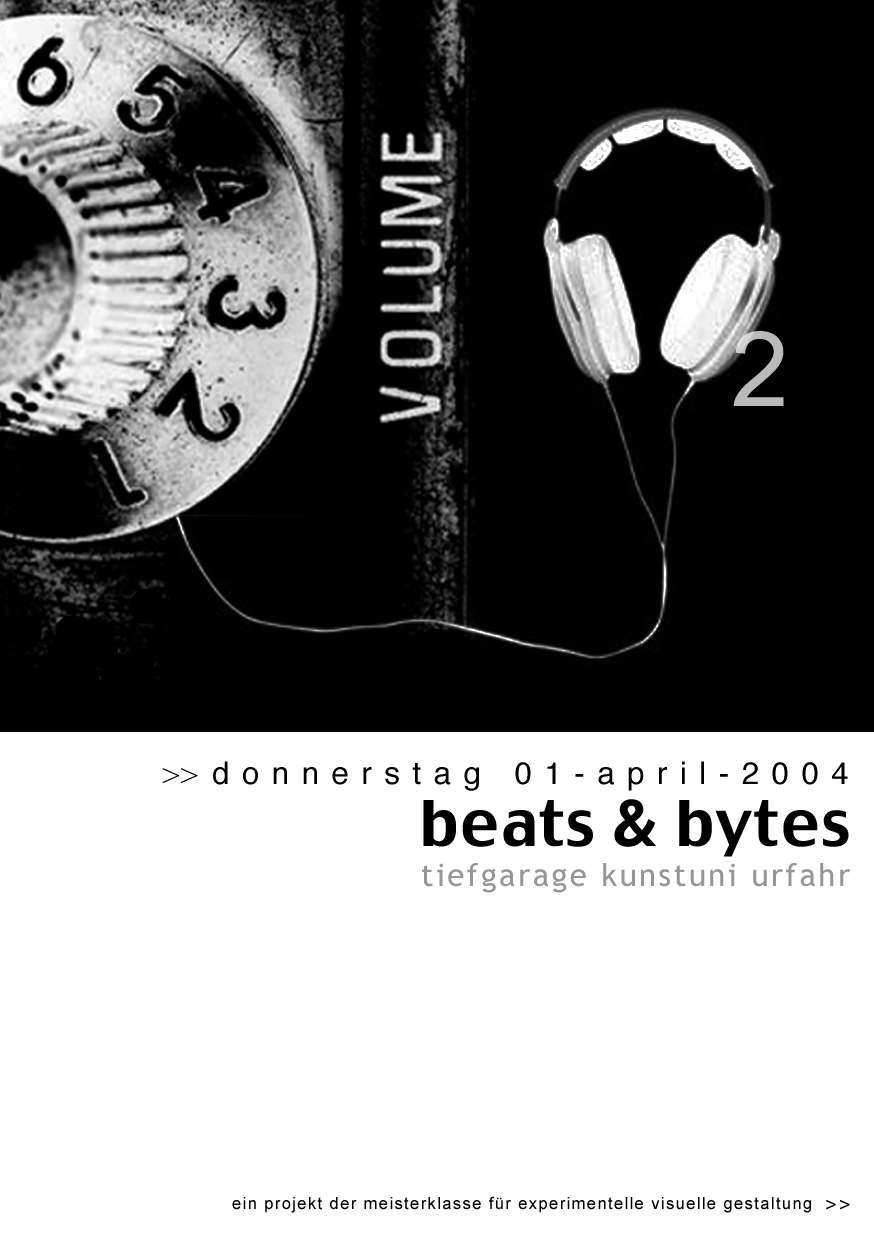 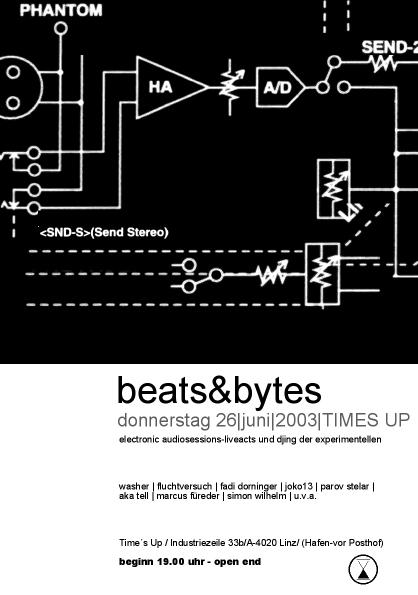