For the first time, the “Ridin' A Train" series will not be riding the rails through the grounds of the VA Steel Works. Instead, we’ll be heading for the water this year. At the Linz container port, tonal sculptors, “expanded” artists and music morphologists will present extreme manifestations of electronic and pop music. The container port is a place of continual I N / O UT routines, constantly undergoing transition, an architectural fragment, a structural likeness of a network—just the place for groups like “XDV,“ “Thilges 3" and “Señor Coconut y su conjunto." For years now, XDV has been operating as a network paralleling structures of art, business and knowledge. Thilges 3 eschew conventional forms of musical presentation and attempt to link up with the public sphere via their own interfaces,while Uwe Schmidt aka Señor Coconut aka Atom Heart aka Lassique Bendthaus aka .... commutes between diverse musical worlds as a sort of chameleon, as a player with multiple identities.

Thilges 3 (Vienna, www.thilges.at) consider themselves acoustic sculptors who exhibit temporary, one-of-a-kind tonal sculptures generated with analog sound modules. Thilges 3 very seldom take the stage in the style of an electronic band; at their public appearances, the individual scenes of the performance function like “the staging of a play.” “Many of our works are custom tailored to particular spaces or situations. That means that our ideas develop with us. Sometimes the point of departure is a purely musical one, but frequently the concept we have in mind is the overall sensory picture of the action.” Armin Steiner, Gammon and Nik Hummer characterize themselves as tonal sculptors who have always worked acoustic dimensions (like quadraphonic sound) into their ideas. “Over time, we’ve concentrated more on the visual realization of our thoughts and, in doing so, developed new methods of interpreting music. Now, almost everything we do has performative-sculptural traits.” For the production and processing of sound, the group uses only modular analog synthesizers that are not run by M I D I files. “Although we make electronic music, we’ve yet to come up with a way to save and store our patches, though maybe one reason why is that we still haven’t really tried to do so—we’re working on unplugged versions!” The unique event, the work, is what is important, and since repeat performances are impossible, essential works are documented on mini-C D and distributed via subscription. Thilges 3 have fortunately not limited themselves to “electronica.” Their latest brainstorm: “a pop project featuring brilliant artists like Jaliba Kuyateh, Youssu N` D our, Mandolin and Shankar playing over the course of 30 days in 30 different venues in a small European city.” Discography: “polka” (staalplaat), “johanna zyklus” (thilges) 10-piece mini- C D series (subscription): cd1 12/10/99 hackerbrücke / cd2 2/18/00 dr. kern / cd3 5/26/00 saumarkt / cd4 8/19/00 vekks / cd5 1/30/01 rosner / cd6 august 2001 / cd7 december 2001 / cd8 march 2002 / cd9 june 2002 / cd10 october 2002

XDV is a platform for the procurement and maintenance of technical infrastructure that is placed at the disposal of a community for the purpose of classic communication as well as medial, communicative and technical experiments and productions. The way XDV functions and how it goes about its work corresponds to a network-linked headquarters/satellites model. The base is located in Vienna V, fg6. The experiments and products mostly consist of the link-up of program components produced by the artists themselves and by others in accordance with the open source principle. These products serve as the basis for further productions, performances and instal- lations. XDV exists as a separate network parallel to the structures of the art, culture and knowledge industries. Projects are developed with flexible staffing and line-ups, and presented in a wide variety of cultural contexts.

q: Where’s XDV headed, what are your wishes, your visions??? xdv: “World domination.”

Señor Coconut y su conjunto (Chile/ D/ DK, www.multicolor- recordings.de/senorcoconut/index.htm) is an eccentric blend of Kraftwerk and Latin American music, a free-form dance course based on the motto: “El Baile Alemán” (Spanish for “German dance”). From Frankfurt to Chile is quite a long way, but from Uwe Schmidt to Señor Coconut takes only the press of a button. Even if the phony goatee would suggest otherwise, this Senor Coconut, whose brilliant dance record “El Baile Alemán” makes Kraftwerk classics sound as if they had never belonged anywhere else but to the Hollywood Wunderwelt of faked South American Carmen Miranda exotica, actually exists only in the music machines of Uwe Schmidt. That there is even room for him in this mechanized plant borders on a miracle. After all, almost 100 albums featuring electronic music have been produced within it since 1996. Context shifts, decontextualizations and re-contextualizations—thus, the whole cut'n'paste palette—are evident here, and not only in “electronically” processed versions of pop music classics (the Rolling Stones and John Lennon are also to be found in Schmidt’s music machine). Uwe Schmidt is also a sort of phantom who goes though life using multiple pseudonyms and whose counterfeit I Ds cannot be recognized as such even by trained authorities. The assortment from which he can choose includes Atom Heart (certainly his bestknown project), Lisa Carbon Trio, Geez'n'Gosh, LB, Flanger (together with Burnt Friedman, whose Rumpelstiltskin-like, “How glad I am that no one knows, that I am also named Dromed, Nonplace Urban Field, Some More Crime” way of working simply had to lead to a collaborative effort) and, of course, Señor Coconut. This game with pseudonyms and changing identities has been part of pop music’s standard repertoire of methods to purge rigid ascriptions of identity since David Bowie’s heyday at the very latest. Nevertheless, the “pop chameleon” Bowie as “Major Tom,” “Ziggy Stardust,” “Alladin Sane,” “Young American” or "Tin White Duke” was still always identifiable as David Bowie. These manifold avatars were not rhizomatous shoots in the sense of Deleuze/ Guattari (an open, heterogeneous system without a center and with as many entrances and exits as possible); rather, they still functioned on the level of “role diversity” which was a lot closer to the classical theater and cinema than it was to the “death of the author/artist,” the blame for which the postmodern pop discourse then loved laying at Bowie’s platform-shoe-clad feet. Even if the permanent self-inventors of the ‘80s, Madonna and Prince, defined a concept like “identity” merely as something constantly changing, fragmented and contradictory, both of them remained recognizable as “Madonna” and “Prince.” Once something is established, it does not simply vanish that easily. No matter how much effort Prince put into becoming “The Sign” or “TAFKAP” (The Artist Formerly Known as Prince), his fake I Ds are everywhere recognized as such. Thus, it should also basically have become clear by now why it is particularly Techno (above all, how that was defined and produced in the late ‘80s and early ‘90s in Detroit and Chicago) and its successor genres (like electronic music home-engineered by autistic composer-nerds in general) that deal with precisely those future zones that Michel Foucault referred to when he called for a discursivity “without the function of author ever appearing.” (Michel Foucault) When, for instance, breakbeat scientists like Dego and Marc Mac (Reinforced Records) alternately refer to themselves as “4 Hero,” “Jacob's Optical Stairway” and “Tek 9,” then this has to do primarily with the most wide-ranging and dissimilar intensities and aggregates/states of consciousness—that is to say, with precisely those qualities by means of which and with which Señor Coconut will easily get at least 500 pairs of platform shoes sizzling hot and teach Cha- Cha- Cha movements to robots who don’t happen to be dreaming of electronic sheep at the moment. ( Text Señor Coconut: Didi Neidhart) 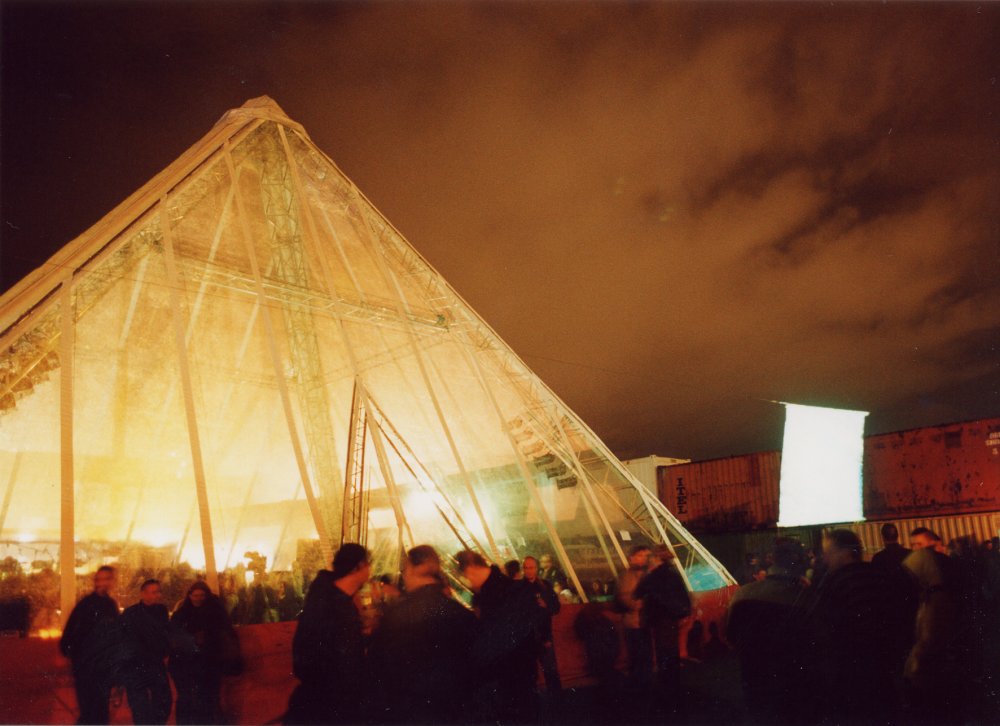