For the fifth year now, Ars Electronica (program: Wolfgang Fadi Dorninger) will be riding the rails through the grounds of the VA steel mill in Linz. The first two excursions on the train featuring open observation cars were held as “secret parties” for friends of the Festival. Growing interest convinced the organizers to open up the event, which can be simply described as a “concert on wheels.” The setting: an industrial plant bustling with activity, steeped in history, providing the structural underpinnings of prosperity. Following Aural Screenshots feat. James Plotkin, Death Praxis, Pan Sonic and Radian, Marina Rosenfeld will “engineer” the train ride through the VOEST works this year.

Marina Rosenfeld, a 30-year-old American trained as a concert pianist and composer, works primarily with turntables running as a parallel array. She prepares records, uses small samplers and sound effects devices to string together loops that, when mixed together in additive fashion, are like towering waves.

Marina Rosenfeld is active in a very broad field of artistic reference that includes rock, improvised music, DJ culture, new music and graphic arts. “I work with reduced, sparing material. There are no virtuoso electronic stunts. Fiddling around with records might also have a certain comical element to it; but deep inside, I’m attempting to use a certain degree of rigor to construct a compositional space in which the audience can simply listen to details in which the music hovers between possibilities.” (Skug 42/00)

Her Fragment Operas build upon well-structured situations and improvisation, “perhaps how music was played and ornamentation added in baroque pieces. Just like theme and variation, except there is no theme, only variation. There are dozens of versions of the ‘Fragment Operas’ but it could just as easily be a thousand; totally different from each other and yet still a ‘Fragment Opera.’” (Skug 42/00)

Christan Scheib in Skug 42: “Marina Rosenfeld’s art is part of the tradition of slowmotion instant-replay music, a conquest of stasis in order to dissolve that which is only seemingly simple. The more precise the loop, the more multi-layered the sounds; the slower the exposure, the more the music is endowed with depth of field. The process of immersion into this tonal sphere is formulated compositionally as an offering, not as a commissioned work—the music defines rather the space, a location that one occupies, than a certain span of time that one has to go through.”

Marina Rosenfeld is a long-time resident of Los Angeles, a place that does not have much of an avant-garde musical tradition to look back on; rather, it functions to a much greater extent as the hub of corporate music. Maybe that explains why Marina Rosenfeld stages highly processed versions of Nena’s 99 Luftballons and Rod Stewart’s music—for instance, Ultramagnetic Ultra Amateur Orchestra for nine DJs and 13 Rod Stewart records that have been prepared with nails and pins to produce special loops. It seems to proceed in even wilder fashion with the girl group “Sheer Frost Orchestra,” in which 17 women work over electric guitars with tiny bottles of nail polish. “One aspect of this technique is that the players themselves never touch the guitars; the contact comes about solely via the glass of the bottles. And this also explains the derivation of the name—sheer frost, like glass or ice or transparency.” (Spex 10/99) The New York Times described her performance as a “keening, wailing, ululating wall of cacophony.”

Thanks to VA-Stahl, the company’s rail operations staff, and the train crew.

For more information:
The Spirit of Linz feat. Ridin' A Train 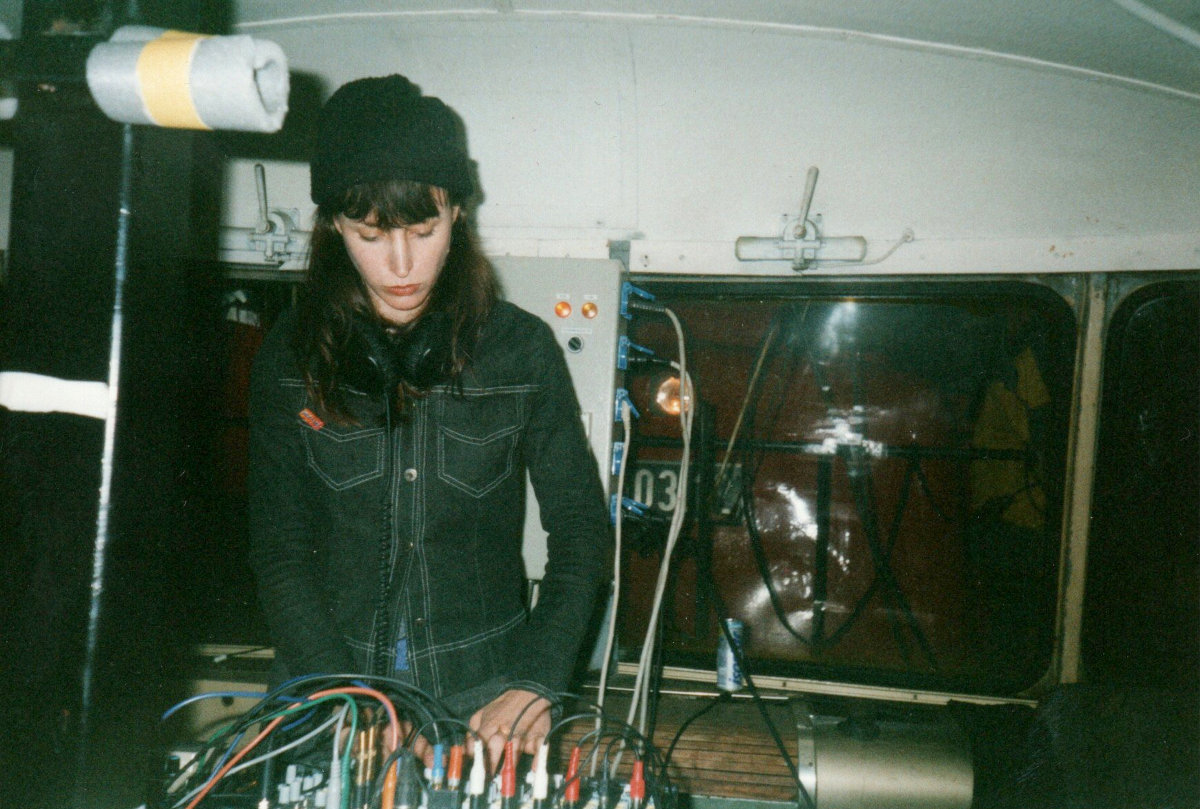