An evening in two parts.

“Who Killed My Father” by Édouard Louis (FR)

The expansion of neoliberal politics has caused the development of a new precariat. In “Who Killed My Father,” Édouard Louis – working class rising star of French literature – sues the French state for driving his father to poverty and malady. In “The Father,” Stéphanie Chaillou gives insight into the inner life of a small farmer, who lost his farm due to the pressures of the market. Both texts deal with the difficult relationship between father and child, and represent a social and political development that is causing turmoil across Europe.

The expansion of neoliberal politics has caused the development of a new precariat. The so-called losers of globalization are making themselves heard everywhere in a variety of ways. Europe is rumbling. Édouard Louis and Stéphanie Chaillou give a voice and a face to two people who ended up in dire straits due to this development. In “Who Killed My Father,” Louis, the working class rising star of French literature, rehabilitates his father with a spirit remnant of Zola. In “The Father,” Chaillou, otherwise known as a lyricist, gives insight into the inner life of a small farmer, who lost his farm due to the pressures of the market, with Kafkaesque precision.

Both scripts recently gained prominence and have successfully debuted in Paris. They deal with the difficult relationship between father and child in a financially strapped France. They represent a development that is causing turmoil across Europe.

The aspiring author Édouard Louis is suing the French state for driving his father to poverty and malady. The son tells his father’s life story in a highly emotional and topical monolog: A man who grew up in an environment impacted by violence, alcoholism, and hard labor, and who spent his life deeply ashamed of his lack of education, his predetermined life.

“My life no longer belonged to me, because I failed.” In her enthralling monolog, Stéphanie Chaillou gives a man, whose failure in agriculture leads him to plunge into an abyss of self-doubt and existential fears, a voice. The family father is overwhelmed by the judgements of others, who treat his life as if it were public domain with their indifferent deceit.

The protagonist of “The Father” is broken down psychologically just as Louis’s father figure is broken down physically, the results of the complete debasement of the individual in the face of economic failure. The driving forces behind this soulful confessional are emasculation and how anyone can be affected by the social stigma of poverty.

In Édouard Louis’s work, the son speaks for his mute father and uses snap shots to detail the life of a man who lost, and who was left with nothing other than the hope that his children won’t end up in this same abyss. Stéphanie Chaillou lets the father, who recognizes the ugliness of people as he experiences social descent, speak.

Stéphanie Chaillou, born in 1969, initially began as a lyricist. The play The Father resulted from her first novel, the multiple award winning The Uncertain Man, which – directed by Julien Gosselin – made waves in Paris in fall 2018. Shortly following her second novel Alice or the Choice of Weapons, she released The Sound of the World. She is currently working on a piece with the working title Ringo or the New Son.

Édouard Louis was born in 1991 and lives and works in Paris. His autobiographical debut novel The End of Eddy, which speaks of his childhood and his escape from the most precarious of conditions in a village in northern France, became a sensation in 2015. The book was a bestseller internationally and caused Louis to become a shooting star in the literary scene. His second novel History of Violence was published in 2016 and was made into a film. Édouard Louis’s books are available in 30 countries. In the summer of 2018, he was Samuel Fischer Guest Professor at the Freie Universität Berlin, where he developed the term “confrontational literature.” At the same time, Thomas Ostermeier adapted the novel History of Violence for the stage in Berlin.

Gerhard Willert was born in Germany in 1957. He studied German literature, English literature, and Romance Studies in Regensburg and Freiburg and has staged numerous plays throughout the German-speaking area. He was a leading member of the Vienna Schauspielhaus from 1993 to 1995 and theater director of the Landestheater Linz from 1998 to 2016. In 1994, he was awarded the Kainz Medal by the city of Vienna for Philip Ridley’s The Pitchfork Disney. In 1996, he received an invitation to the Berlin Theatertreffen with Henrik Ibsen’s The Master Builder at the Nationaltheater Mannheim, which was broadcast live on 3sat. Since then, he has been developing radio dramas for SWF, Radio Bremen, and ORF. He is guest lecturer at the Bruckner University in Linz and at the Mozarteum in Salzburg. He works as a translator and publishes essays on a number of topics. The work he has done in Linz since 2006 is documented in the volume Wege entstehen dadurch, dass man sie geht (Paths Are Made by Walking Them), Verlag Theater der Zeit, Berlin 2015. 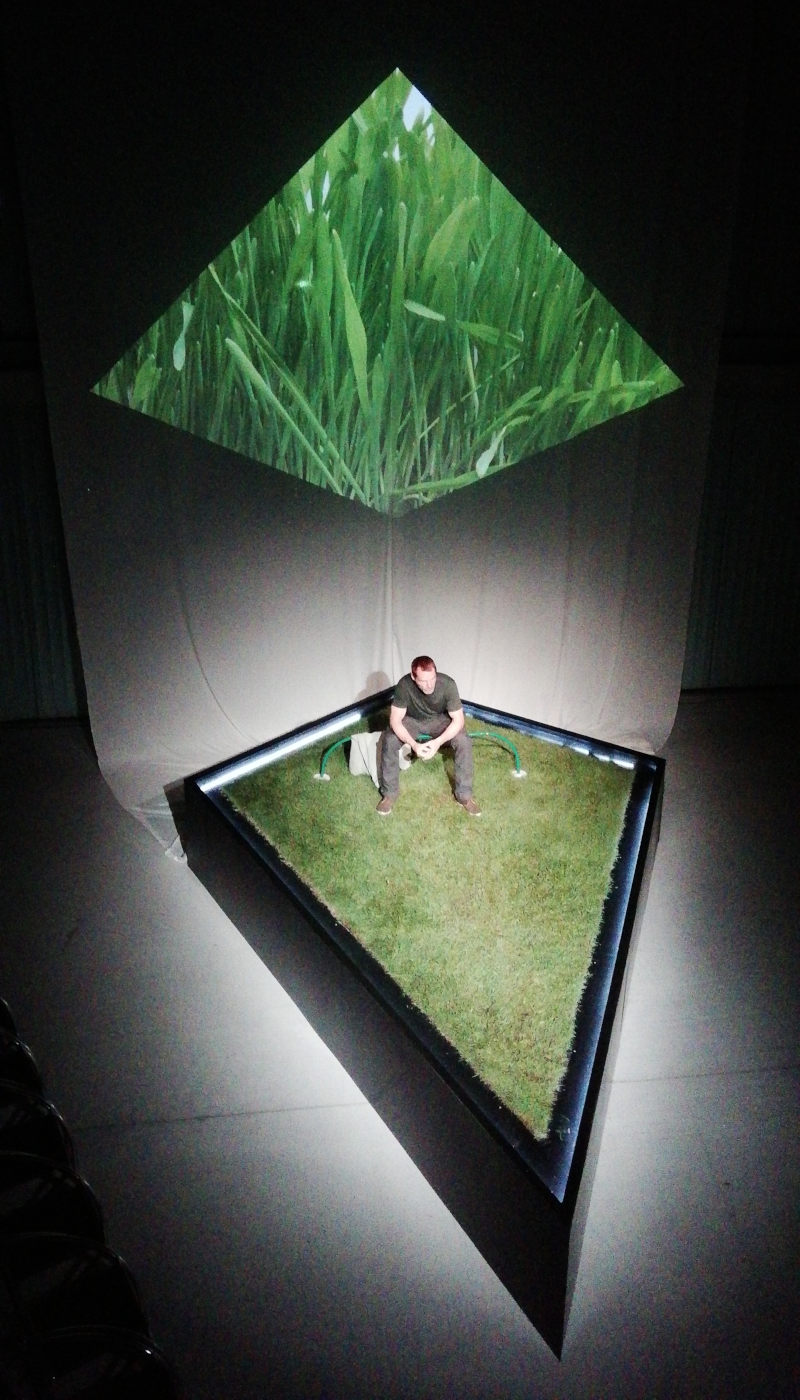 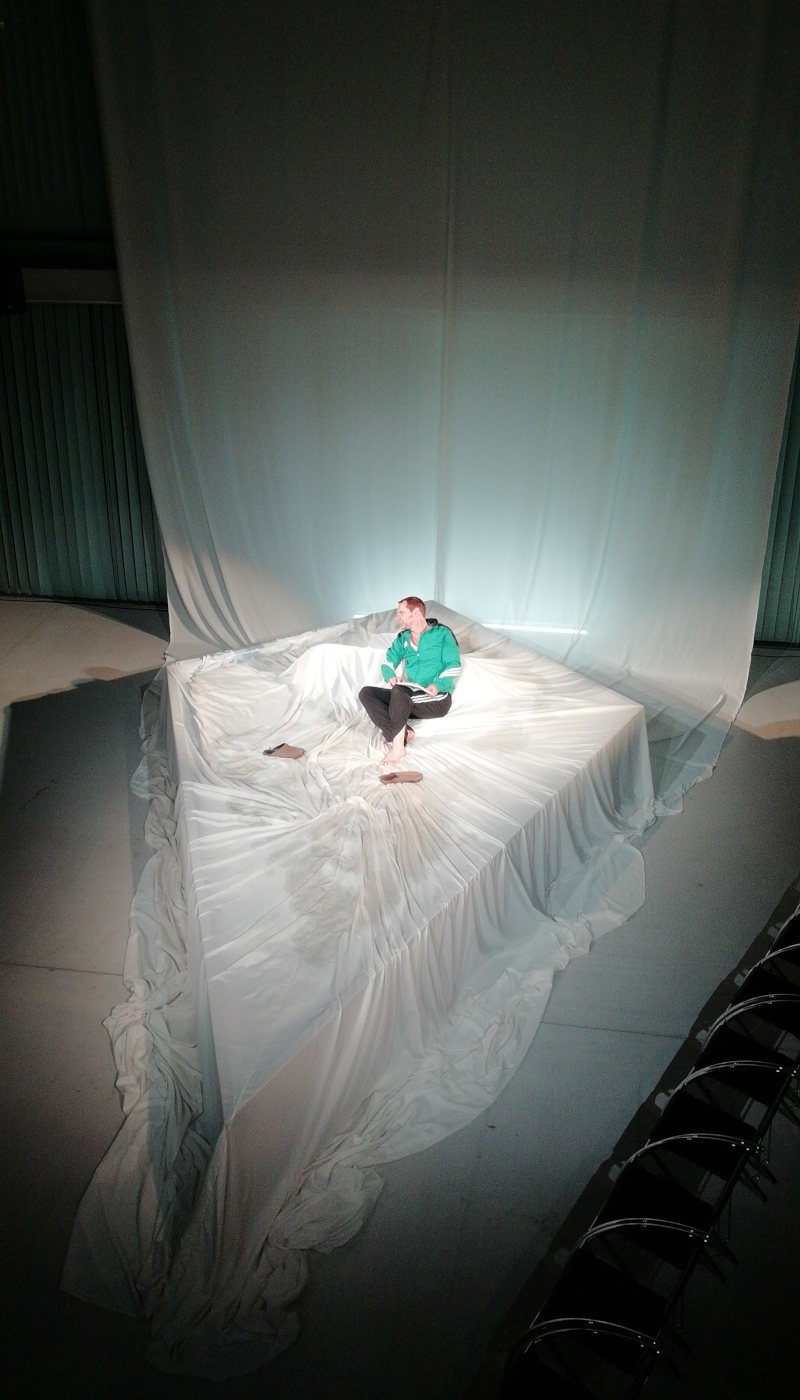